You are here: Home / Featured / SPLINTERS: Struggling with Our Self

Upon the death of her Father, Belle (Sofia Banzhaf) returns to her childhood home in gorgeous rural Nova Scotia after seven months away and is forced to face her past, including an antagonistic Mother, Nancy (Shelley Thompson).

This film is largely to do with sexual identity. Belle had previously gone through the process of coming out to her family, and although they were not particularly accepting, they were used to the fact that she chose to be with women. When living in the city, it seems as though Belle was comfortable in her own skin and confident in who she is, but when she returns to her small town, she seems to struggle with hiding her true self. 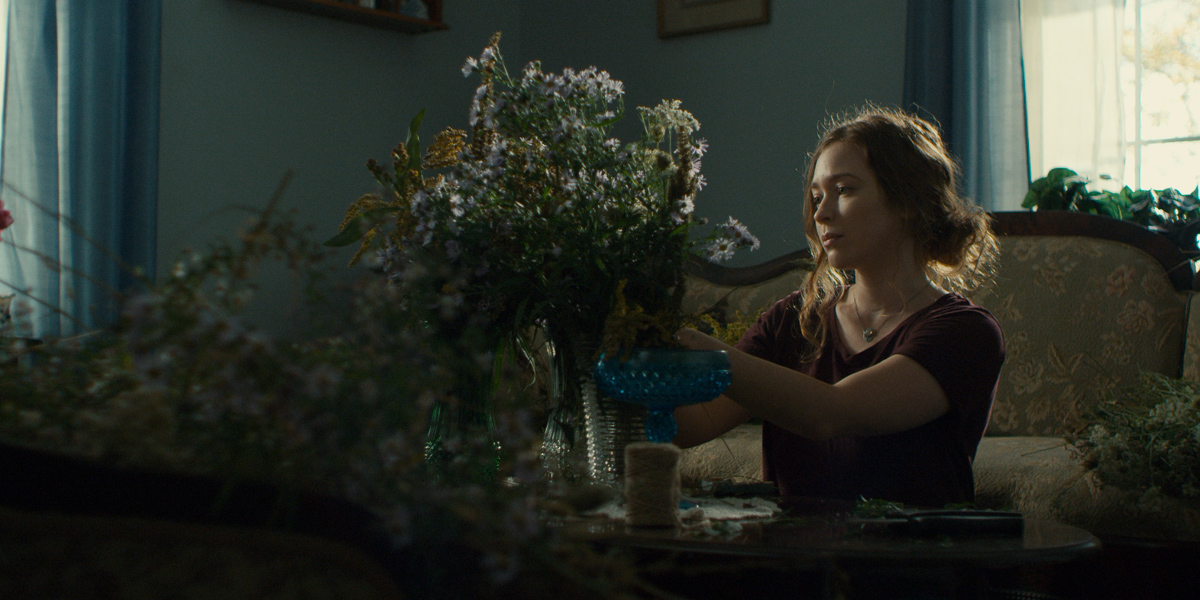 During this visit home, we learn that Belle is hiding the fact that she is in a heterosexual relationship with a man, Rob (Callum Dunphy). It’s clear she doesn’t want to give her mother the satisfaction of knowing this information. And I think Belle understood the importance of not making this visit about her, given her father’s death.

We see a lot of small town small-mindedness in this film, particularly in terms of homosexuality. When Rob comes to visit and is introduced as Belle’s “friend,” and despite not knowing that they are already together, Belle’s mother tries to convince Belle to date Rob so she can “fix it,” her sexuality. During a later discussion with Belle, Rob calls Belle “straight.” When Belle corrects him and says that she isn’t, he says “you are right now.” Even though Rob isn’t from the small town, and he seems accepting of Belle, he still seems to have a small-minded view of her sexuality.

There was also a very intriguing flashback scene where Belle remembers her father’s reaction to her coming out to him. He admitted that he and Belle’s mother were bigots: “We’d be bored if the world was full of people we approved of.” But he tells Belle she doesn’t need to be afraid of it and to be braver than him.

I would be remiss if I didn’t mention Belle’s brother, Greg (Bailey Maughan).  He added a much needed touch of comedy to this heavy film.  He felt like an authentic Canadian young man who is coming to terms with the death of his father and navigating through becoming the man of the house. 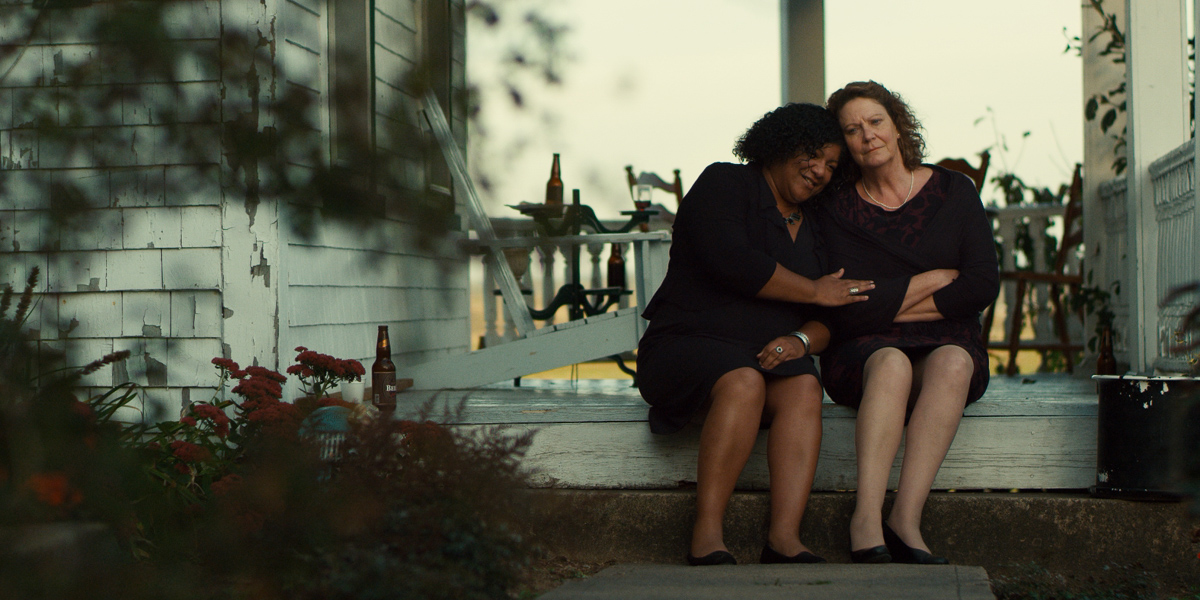 We see a lot of attempts at navigating their new family dynamic. Not only is Belle navigating her own personal struggles amidst this tragedy, but Nancy is struggling with how to do life alone without her partner. She is forced to navigate a new found independence and even has to learn how to pay the bills.

During the post-funeral gathering back at the house, we are welcomed into a Maritimes singalong, a heartfelt and heartwrenching scene where attendees gather and sing modern folk in memoriam. This scene was so organic I forgot I was watching fiction. It will give you chills and immediately make you research Stewart Legere, a beloved Halifax artist who not only contributed the score to the film, but appeared in various scenes. 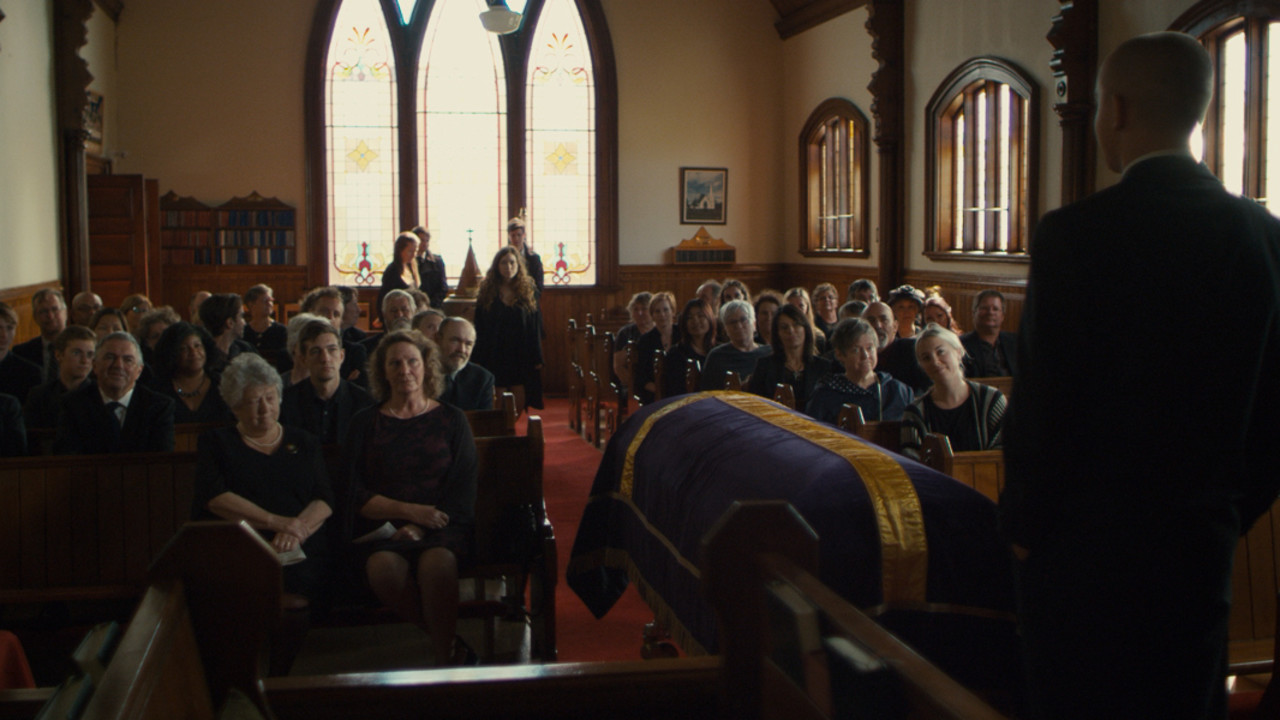 Originally a stage play written by Lee-Anne Poole, director (and writer of the screenplay) Thom Fitzgerald executed the transition to screen well. He kept the setting centered around the kitchen (as would be the case on stage) but balances it well with other rooms, their farm, and the beautiful Nova Scotian landscapes.

Cinematically, one of my favorite parts of the film were the flashbacks/memories. They were interspersed in the scenes so we experienced them just as Belle was. We see her Father lifting young Belle on his shoulder to pick apples from their orchard, her Father cutting wood and fixing a car. It was very special.

To hear my interview with Sofia Banzhaf and Thom Fitzgerald at TIFF, click here.