You are here: Home / Film / The Nightmare Before Christmas: Who We Really Are 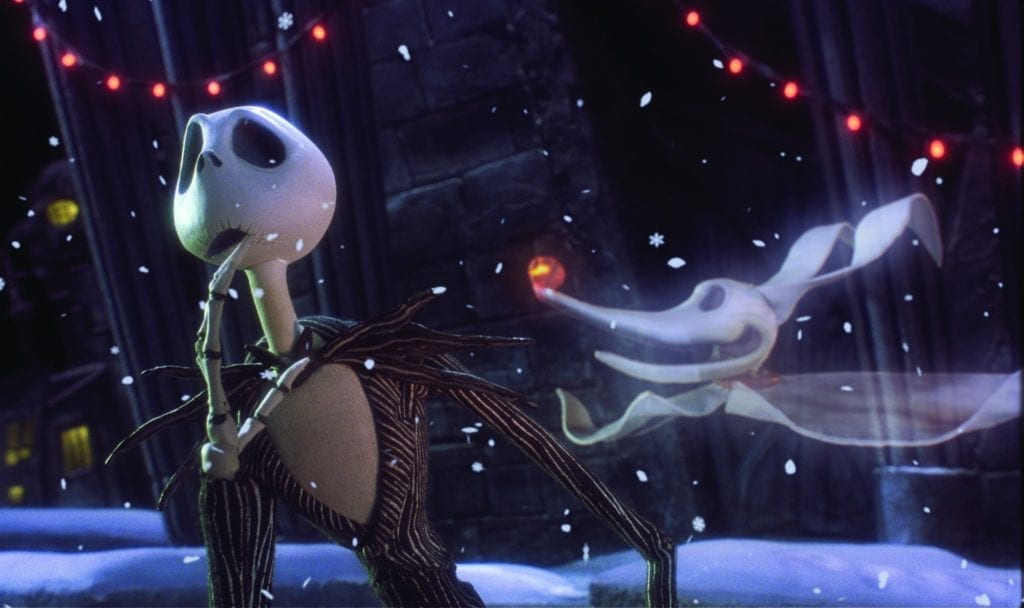 “I must save Christmas. But how? Sorry; wrong story.” 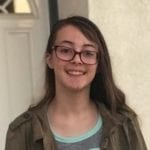 Since my oldest daughter, a junior in high school, enjoys The Nightmare Before Christmas immensely, I thought it would be a nice change of pace to have her review the film. Here’s what Rebecca has to say:

Today marks the 25th anniversary of Tim Burton’s classic film The Nightmare Before Christmas. It’s a tale of love and discovery of who we are inside. Though Jack Skellington (voiced by Chris Sarandon and Danny Elfman) longs to find a new way of life, he discovers that by trying to copy others and loses sight of who he truly is. In addition, he’s messing up Christmas. Throughout the film, director Henry Selick utilizes stop-motion animation to craft what I would deem the highlight of all Halloween movies.

The basic plotline is that Jack, ‘the Pumpkin King,’ is sick of Halloween. It’s the same each year, constantly repeating with absolutely no change. In his frustration, he goes walking through the graveyard and into the woods, where he stumbles upon a clearing of trees. Each tree has a door on it that leads to a land specifically catered to a certain holiday. The one that catches Jack’s interest is the tree-shaped door with garlands. When he opens it, he is swept inside into a world known as Christmas Town. While there, Jack discovers what Christmas is, and feels like he has found a new sense of purpose. He returns to Halloween Town and proceeds to explain to his friends exactly what Christmas is about. He then decides that Halloween Town is going to take over Christmas that year to give ‘Sandy Claws’ a break. He tasks the kids of Oogie Boogie (Ken Page) to kidnap jolly Ol’ Saint Nick.

Meanwhile, Sally (Catherine O’Hara), the creation of the weird Dr. Finklestein (William Hickey), has a vision of the outcome of the plan. She warns Jack that his version of Christmas will end in flames. But Jack doesn’t listen to her, as he is too caught up in seeing his own fantasies brought to life. (Aren’t we like this sometimes?) Meanwhile, the monsters of the town are changing things up, making Christmas more like Halloween. Oogie Boogie’s children return, bringing with them ‘Sandy Claws,’ and take him to their father. Once Christmas arrives, Jack rides off into the night to deliver the toys they built.

For the children of earth, what should have been a night of joy and happiness becomes a night of horrors and frights. The military gets involved, shooting Jack down from the sky. Ironically, he lands in a cemetery, in the arms of an angel. Jack then realizes that he was completely wrong about Christmas, that his job is to be the Pumpkin King instead. He quickly returns to the town to free Santa from Oogie Boogie so he can fix Jack’s mistake–and realize his love for Sally. 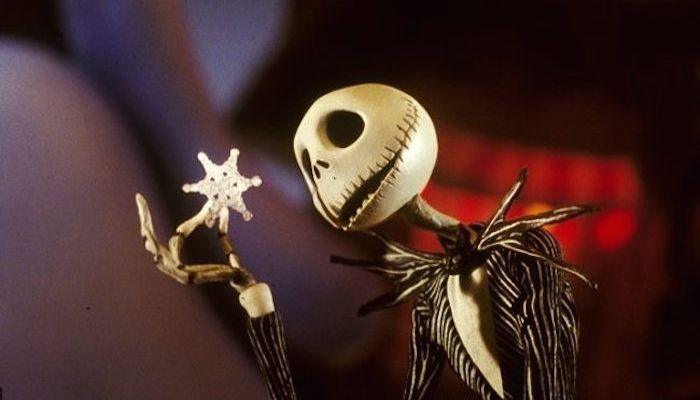 When watching the The Nightmare Before Christmas, I sang along to the catchy tunes especially (“What’s This?”).  The film has numerous iconic scenes, but I also picked up on a few biblical references: one was Jack falling into the arms of the angel before realizing that he wasn’t meant to be Santa.  Consider it his wake-up call.  A second was Jack’s consuming desire for Christmas–once he got a taste of it, he couldn’t think of anything else.  The same goes for certain types of sin we fall into–they can consume us to the point where we lose focus on everything around us.

I urge you to revisit The Nightmare Before Christmas sometime before December 25th. You won’t regret making the decision.