You are here: Home / DVD / The Girl in the Spider’s Web: Twisted Sisters

Stieg Larrson’s Girl with a Dragon Tattoo is back, but the new story is by David Lagercrantz and the Girl, Lisbeth Salander, is now played by Claire Foy. While the plot revolves around Firefall, a computer program of co-opting nuclear control codes, it’s still a twisted look at Salander’s childhood and her subsequent efforts to right wrongs from her past.

The Girl in the Spider’s Web shows the audience early how Lisbeth and her sister, Camilla (Sylvia Hoeks), were abused by their father, a Russian crime syndicate boss. Flashing forward past the events of the first three Millenium stories, Lisbeth is hired by a former NSA employee (Stephen Merchant) to steal Firewall out of the wrong hands. This assignment breaks up her string of revenge crimes against men hurting women in Stockholm, and tilts her into the vortex of journalist Mikael Blomkvist (Sverrir Gudnason, reprising the role played by Michael Nyqvist and Daniel Craig) and NSA agent Edwin Needham (Lakeith Stanfield). While the three of them are seemingly on the same team, the Spiders, a crime syndicate, are hot on their tale, even kidnapping the Firewall designer’s son, August (Christopher Convey). 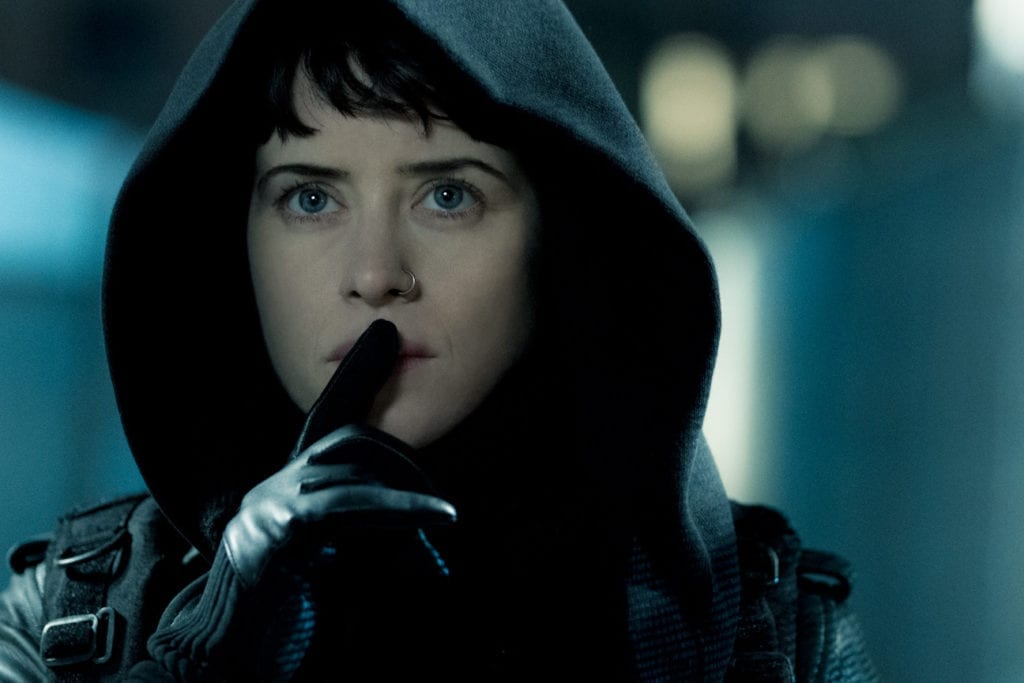 Lisbeth Salander (Claire Foy) making her way to Balder’s safe house in Columbia Picture’ THE GIRL IN THE SPIDER’S WEB.

The film isn’t great by any means, but it has some cool moments, some fight scenes and technological tricks that make for entertaining cinema. It would seem that while the level of grit and grunge here is dialed back from the previous incarnations of the stories, but it still revolves around discussing what it means to be family, or even human. While Lisbeth is a criminal, she does what she does to make old wounds heal – or at least pay for old sins that she has never let go of emotionally.

Special features include a director’s commentary and eight deleted scenes, plus these featurettes for further consideration: Claire Foy: “Becoming Lisbeth”, “All About the Stunts”, “Secrets of the Salander Sisters”, and “Creating the World: The Making Of.”