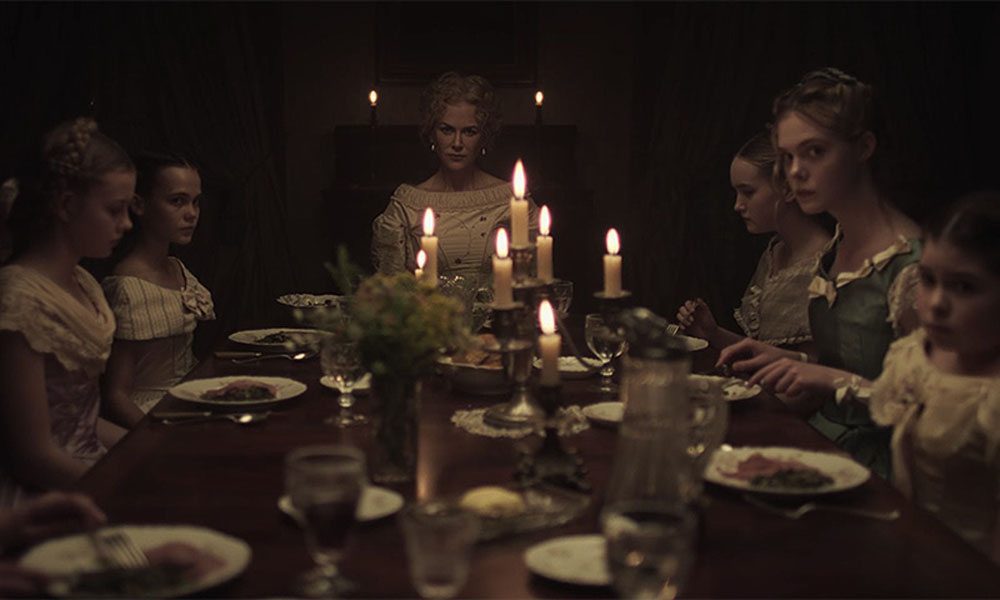 “You’re our most unwelcome visitor, and we do not propose to entertain you.”

What is it that corrupts our lives? In The Beguiled, Sofia Coppola’s Southern Gothic film set in the Civil War, there seems to be a world that is pure and innocent. But is it really? Is this a fall from grace, or was there a state of grace to begin with?

The film opens as a young girl goes through the Virginia woods picking mushrooms. She is startled to find a wounded Union soldier, barely conscious. She helps him to Miss Martha’s Seminary for Young Women, a school with a handful of young women who have nowhere else to go. Miss Martha (Nicole Kidman) agrees to take Corporal McBurney (Colin Farrell) in and nurse him to health before turning him over to the Confederate troops as a prisoner. (It is, after all, Christian charity.) But his presence in the school is the opportunity for lust and jealous to grow, particularly among Miss Martha, the school’s other teacher Miss Edwina (Kirsten Dunst), and the oldest student, Miss Alicia (Elle Fanning).

As McBurney regains his strength, he manages to endear himself to the women, perhaps playing them against one another. But things will not go smoothly. In time, the tensions will lead to an accident that will complicate the story even further and lead to a very dark conclusion. By the end of the story, all innocence has been stripped away from these young women.

Coppola makes great use of nature throughout the film. We often hear birds and insects that make us think this is a very pristine world. But even then we hear the far off sounds of warfare. We are reminded that this is already a fallen world. The very fact that McBurney is a soldier tells us that pain and suffering already exist. The fact that the women see him as an enemy shows that they participate in this reality, even as they use the language of Christian duty to justify their actions.

As I began to think about the film, my first thought was that McBurney was a serpent that brought corruption to this Eden. But I soon realized that all the seeds of sinfulness were already present and growing in Miss Martha’s Seminary. McBurney merely sped the growth. Of course it’s also possible to read Genesis in the same way. The Serpent didn’t bring evil into the Garden. That potential already existed within the Man and Woman that God had placed there. The Serpent simply brought out what was already within them. The depth to which all the characters descend in this story is not the work of an outside source of evil. It is the fruition of a darkness that already inhabited them. 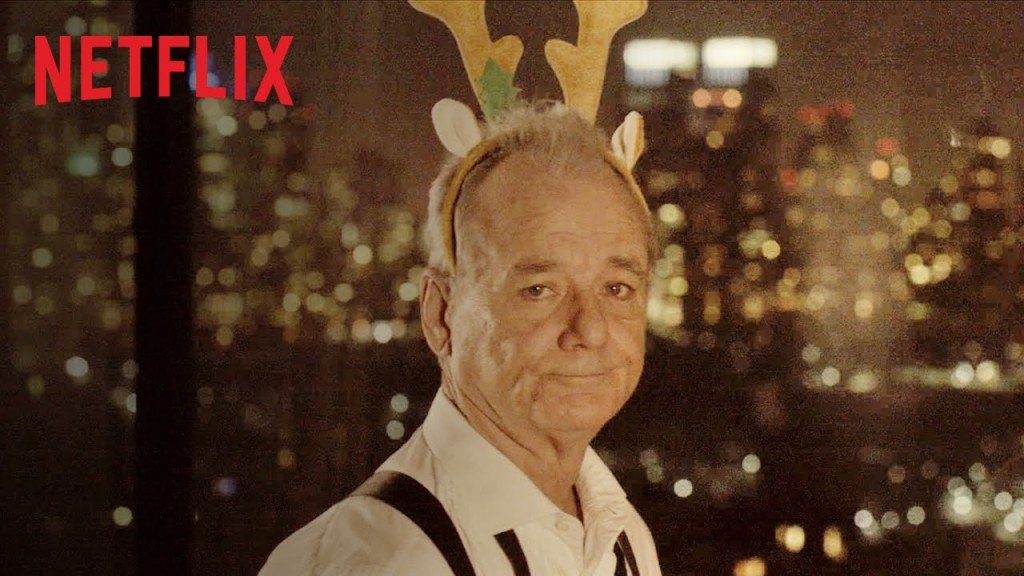 Sometimes Christmas just doesn’t work out. In A Very Murray Christmas (directed by Sofia Coppola and currently streaming on Netflix) Bill Murray’s live Christmas Eve TV special is completely undone by a massive storm and power outage. When he and Paul Shaffer head to a hotel bar to drown their holiday sorrows, they encounter others who are experiencing a very blue Christmas. Along the way there are appearances from (among others) Amy Poehler, Chris Rock, George Clooney, Miley Cyrus, Maya Rudolph, and Jason Schwartzman, some of whom have roles, others who play themselves. It is built around the kind of low-key humor that Bill Murray is famous for.

Like most TV Christmas specials, this is a paean to the secular version of Christmas. The one religious touch is Miley Cyrus’s rendition of “Silent Night”. The focus on the cultural celebration of Christmas centers on these people who are nearly alone as Christmas approaches: Murray and Schaffer who have basically been left without the show that was to be their holiday, a bride and groom who had to cancel their wedding because of the storm, the staff at the hotel bar who are stuck where they are, and other lonely people who have come here. Most of the songs that fill the show are about the idea of missing someone at Christmas.

While we usually think of Christmas as a joyous season, this is also a time when many people are indeed alone and depressed. That sorrow is only made worse when they are bombarded with the message that everyone is happy. We should note that much of that happiness is just as manufactured and counterfeit as the Christmas spirit of shopping malls (or of TV Christmas specials). The stresses of the holidays can wear on even those who find great meaning in either the secular or religious versions of this season. For those in this story, relief is found in discovering that there are others who share their plight—that they are not alone in their blues. Just knowing that we are not as alone as we may feel can bring a bit of relief.