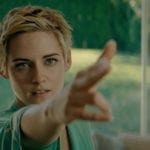 By Jason Thai Seberg is a political thriller film based off the life of Jean Seberg (Kristen Stewart), an American actress who was popularized in French movies in the 1960s. Returning to America in 1967 to star in a movie, Seberg runs into black rights activist Hakim Jamal (Anthony Mackie), a member of the Black… [Read More]