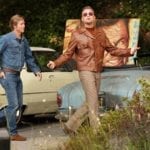 When I first heard that Quenton Tarantino was going to be making a movie that involved the Manson Family killings, I assumed the violence and blood would be overwhelming. But Once Upon a Time . . . in Hollywood turns out to be his least violent film. All of Tarantino’s films have an aspect of… [Read More]