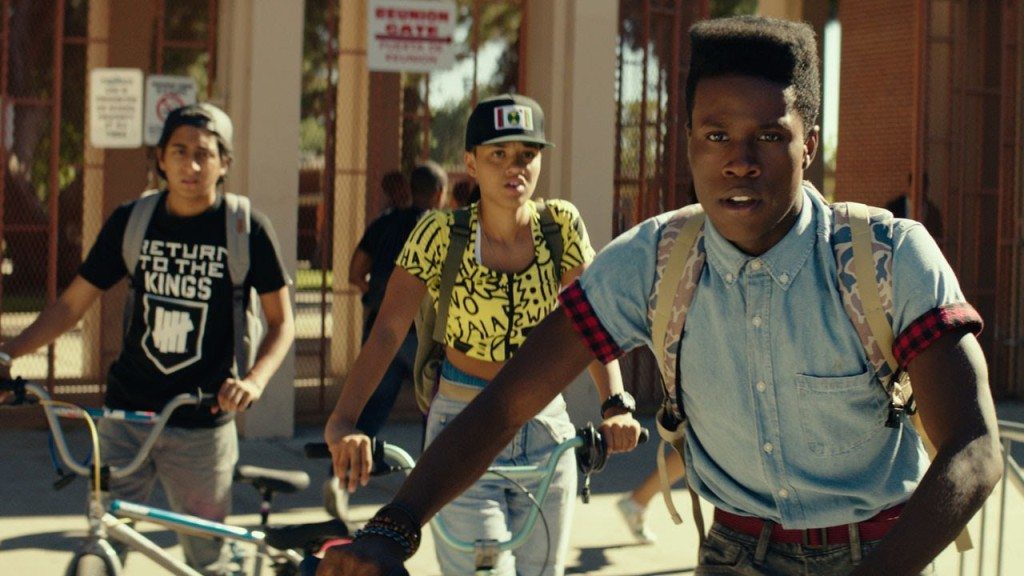 Malcolm (Shameik Moore), Jib (Tony Revolori), and Diggy (Kiersey Clemons) are three geeks trying to survive life in the dark world of “The Bottoms” in Inglewood, California. Malcolm is our likable star, longing to make it out of Inglewood to the Ivy-lined walls of Harvard. But when Malcolm accidentally ends up with Dom’s (A$AP Rocky) drugs and a gun, it sets in motion a series of events that will either get Malcolm into Harvard or wind up destroying everything that he’s worked so hard for up until that fateful night.

The script, written and directed by Rick Famuyiwa (Brown Sugar, The Wood), is insightful, funny, and a bit screwball. It’s the mashup of Boyz N The Hood and How High, as the dorky, clean-nosed kids learn to fight with the tools that everyone assumes they’d be comfortable with just because they’re from there. It’s a look at labels, expectations, dreams, and dangers, all wrapped up into an extended parable/music video produced by the likes of Pharrell Williams and Sean Coombs. 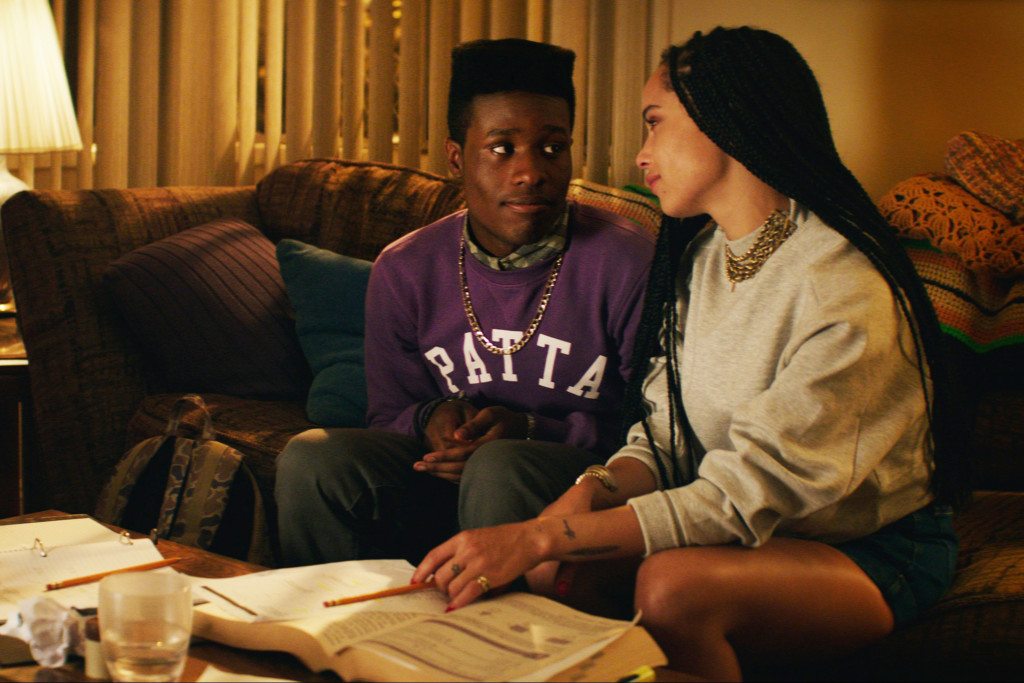 Along the way, Malcolm falls hard for Dom’s girl, Nakia (Zoe Kravitz), and woos her by doing her homework. [Somewhere, John Hughes and Cameron Crowe are smiling.] But the romance, or the sex at least, aren’t the main thing here: Malcolm really wants to go to Harvard.

While the story itself is a funny take on how someone might tackle the drug trade if they were super smart, with a photographic memory and the math skills to boot, it’s really a social rendering of what it means to grow up under someone else’s expectations for your life.

Malcolm is young and black; the world expects him to fight, give up, and slink lower into the system that is pushing him towards death or lockup. However, he’s tired of being pushed around and, while he didn’t ask for this bag of drugs and a gun, he will use it to his advantage. 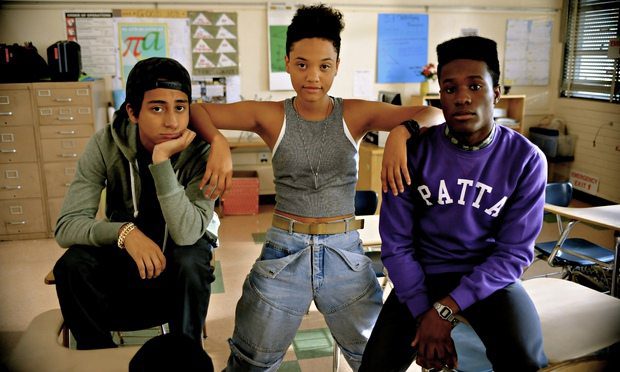 While we want Malcolm to succeed, and he does get the better of several levels of filth within The Bottoms, he ultimately succeeds by selling out. He embraces the darkness that he wants to leave behind and in the process, he sells drugs to people to get himself into Harvard.

Yes, Malcolm succeeds, but he victimizes people along the way. [Sure, you can argue that they willingly use the drugs, but… ] This ultimately leaves our ‘good guy’ just as filthy as the people he wants to leave behind. While he aimed so high to achieve his dreams, he ultimately fell lower than ever before to get there.

The film is available on Blu-ray, DVD, and Digital HD, with a special feature available on how ‘Dope is Different’ and the music of the film.