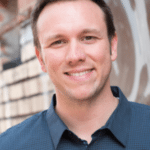 Written and directed by Brian Cavallaro, Against the Night tells the story of nine friends who decide to sneak into an abandoned prison to film their own ‘ghost-hunting’ video. As members of their team begin to disappear, they quickly begin to fear that they may not be alone. Filmed in Philadelphia, Cavallaro believed that the… [Read More]