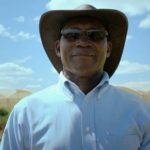 Mully is a docudrama based on the life of Dr. Charles M. Mully. Mully will be shown in select theaters nationwide for three consecutive nights, October 3, 4, and 5, via Fathom Events. Dr. Mully is often referred to as “the father of the world’s largest family.” Having been abandoned at the age of 6… [Read More] 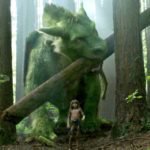 I think we can agree that the world is a pretty tense place. Zika. American politics. Police shootings. Terrorism. Email hacking. It’s been crazy. And so in the midst of all of this, Disney’s latest live-action film, Pete’s Dragon, offers us a little magic . . . . and hope. Pete is orphaned after a tragic… [Read More]

Since having a child, it has become a rare occasion for my wife and I go to the movies together. On Easter weekend, however, the opportunity for a date night at the movies presented itself. So, Saturday night we went to see Batman v Superman. In the Christian calendar, it was Holy Saturday, the day… [Read More]

The third season of Netflix’ VeggieTales in the House will premiere on March 25, just in time for Easter. Bob, Larry, and all the veggie housemates return for more faith-based adventures learning what it means to be the best friends they can be. In addition, there will be lessons on being a good listener, not… [Read More]

In the late ’80s/early ’90s, the best television show was Disney’s DuckTales, hands down! It is, after all, Emmy Award winning! The new DuckTales will be part of the Disney XD line up and will premiere in 2017. Marc Buhaj, Senior Vice President, Programming and General Manger, Disney XD, made the announcement:  “DuckTales has a special place… [Read More]

The first official look at the new Star Trek film, set to be released this summer, was like a Christmas miracle to Trekkie fans overwhelmed with Star Wars hoopla. A small gift to the fans of the other Star franchise. Here is the trailer for Star Trek: Beyond. Go ahead, it’s okay, take another look…. [Read More]

Bill Murray has done what few have been able to do in the last several years. He has put together a likable Christmas special that is not a parody and is not a variety show. Murray, along with his director Sophia Coppola and co-writer Mitch Glazer, write the bad-weather plotted story of Murray’s Christmas special… [Read More]

“Is he hurting you . . . . on the inside?” -Huck to Olivia Last week the fifth season of Scandal got under way. After a crazy fourth season of going toe-to-toe with Papa Pope, Olivia is settling in nicely between the White House sheets next to President Fitzgerald Grant. Mellie is the new junior… [Read More]

ABC’s new comedy, The Muppets, premiered this week. The show is a mix of nostalgia, bringing to mind The Muppet Show (1976-1981), and a modern day drama. Using a page out of the writer’s room of Modern Family or Parks and Recreation, The Muppets follows the crew of a late night television show, Up Late with Miss… [Read More]

As we prepare for the fifth season of Once Upon a Time, the ABC drama that retells beloved fairy tales (or Walt Disney films), we take a look back at season four. Once Upon a Time has created it’s own framework ever since the first season. Each season has been treated as two mini-seasons, where… [Read More]