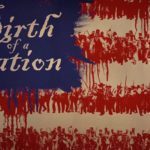 Released at Sundance earlier this year, the film sparked a bidding war the likes of which the festival had never seen before (and eventually settled at Fox Searchlight for an amazing $17.5M, the highest in the festival’s history.  With a timely subject matter (especially in the heat of the #OscarsSoWhite controversy) and buzz-worthy visuals, Nate Parker’s film… [Read More]