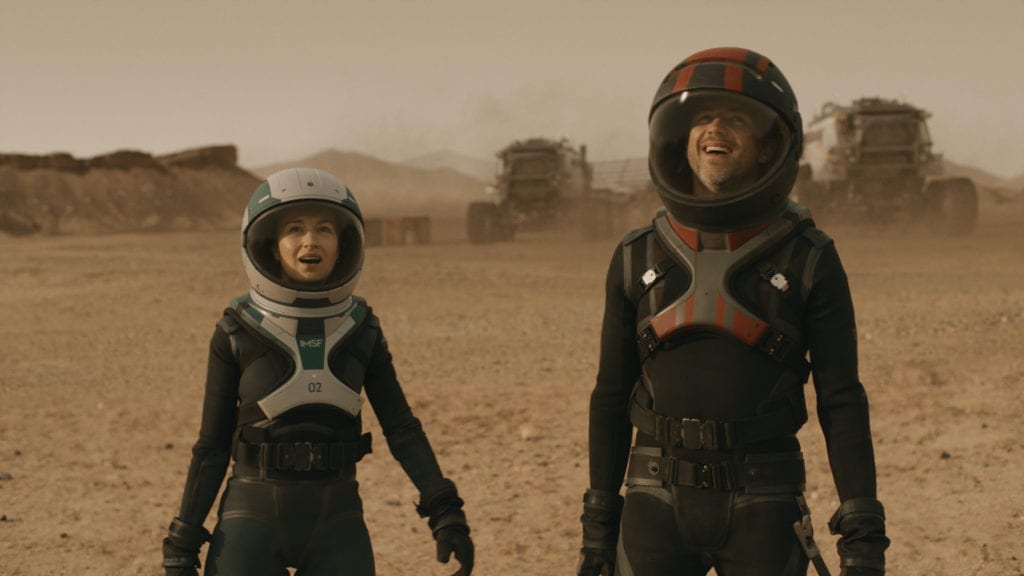 One of my biggest struggles with the ending of the first season of National Geographic’s series Mars involved pacing. I didn’t feel there was enough of a discussion of potential life on the planet to justify the last-minute declaration of life on the planet. Thankfully, the producers did a much better job with the second season’s ending. Loose plot ends have been tied while questions remain, leaving open the potential for a third season.  That’s about all a viewer can ask for, right?

As the fifth episode ended, Amelie (Clementine Poidatz) was having a caesarean for her firstborn.  A huge bluish-colored baby was taken away . . . leaving her to wonder out loud if she would ever hold the baby.  The good news: the child survived.  The bad news: Amelie still hasn’t held it for two months as its been on a ventilator.  We’ll get back to this drama in a second, but there’s a more pressing issue for both the IMSF and Lukrum groups.

It seems the mining corporation is having a difficult time drilling for water and Kurt (Jeff Hephner), the leader, is as desperate to find some as Marta (Anamaria Marinca) from the IMSF.  He resorts to trying something unproven on a new planet—explosives to break the rock.  In an attempt to bring Marta into the actions (and because his daughter wants to be a microbiologist), Kurt has her make a trip to gather some water for study.  Without checking with Commander Hana (Jihae) first, he proceeds with the explosion, which succeeds in bringing forth water.  Marta grabs a few samples, but the blast triggers an earthquake that completely destroys Lukrum’s compound—and nearly does the same for Olympus Town.  Kurt feels remorse over what his actions caused and feels even more when he goes to check on the other workers, finding the buildings destroyed with numerous casualties.  While he continues his search, he is pinned by wreckage that breaches his spacesuit and kills him. 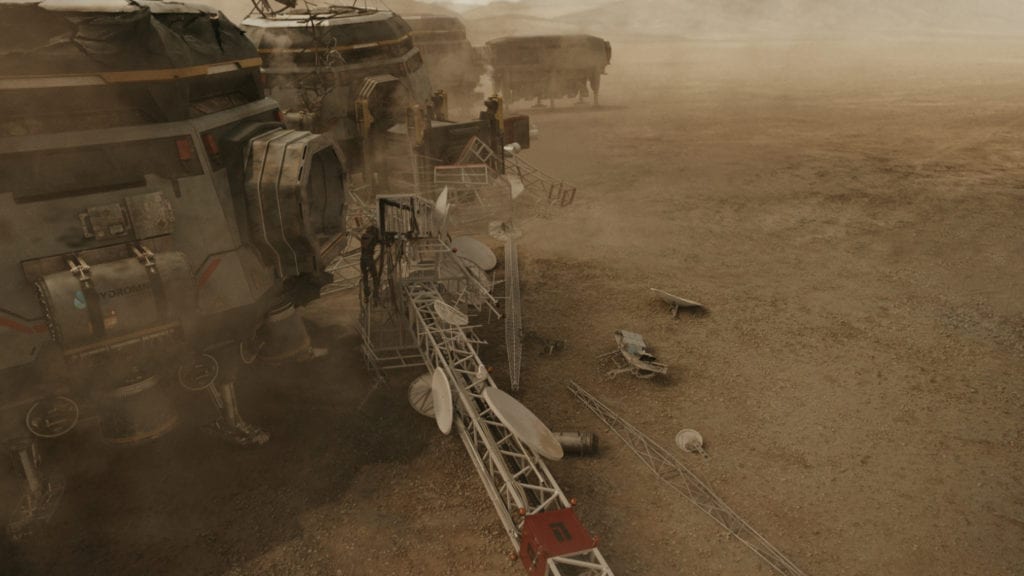 Our mistakes sometimes have significant consequences.

When Olympus Town can’t get a signal from Lukrum, they rush over to the crash site in an attempt to help. Two groups of workers have survived—one in a protected area of the wreckage; the other (including new member Robert [Sammi Rotibi] in a rover). All make it to Olympus Town safely.

Amelie notices an issue with the ventilator and must make a decision with Javier (Alberto Ammann)—take out the breathing tube to see what happens or simply watch their child die along with the ventilator.  They choose the former option.

Meanwhile on Earth, people know about the earthquake and are seriously concerned if Mars habitation is even a future possibility. IMSF Secretary General Amanda Richardson (Cosima Shaw) isn’t sure what to do, as her vote to sanction Russia for working with Lukrum failed and left her with little to no power.  Lukrum then acquired another agreement with China, making things worse for her.  But the earthquake provided her an opportunity to work alongside an extremely smug Roland St. John (Esai Morales), who suddenly has little leverage politically.  They appear in a joint news conference, where Richardson blindsides St. John with a video from Commander Hana, showcasing that the two groups can get along (this was the basic premise of the documentary sections of the episode) and that life there is possible when Amelie and Javier introduce their daughter Gabriella to the citizens of Earth. St. John vows to get her back, but the episode ends.

There are definitely questions to possibly be answered in a future season (in addition to St. John’s response to Richardson): What became of the water Marta collected? What did she discover?  Was Mike ever released from his cell or was he sent back to Earth? Did Robert return to IMSF? How was Gabriella’s childhood? How did the scientists create the first cloud using their terraforming practices?  I think we need to explore further, National Geographic.

My biggest takeway from the episode was a hypothetical situation. Knowing that Gabriella was the first person born and raised on Mars, I began thinking what it might be like to raise a child with completely different holiday traditions (sort of like Life Day was in the Star Wars Holiday Special).  There would obviously be something with the day humanity landed, the day life was discovered on Mars, and perhaps the day water was found.  But how would holidays like Christmas be handled? Jesus was born to Mary and Joseph in Bethlehem . . . on Earth, not Mars. For kids, there would really not be a context to work with (I’m trying to imagine Joseph and Mary taking care of a baby in a cave wearing space suits, and it’s not working).  Belief in Christmas would have to be . . . on faith.  But it’s a good kind of faith—a faith in the God who created the universe and placed the moon, planets, and stars exactly where he wanted them (see Psalm 8:3-4).

Viewers now have to have faith that National Geographic adds a third season of Mars to their schedule.  If not, I’m thankful for the journey and what I’ve learned along the way.