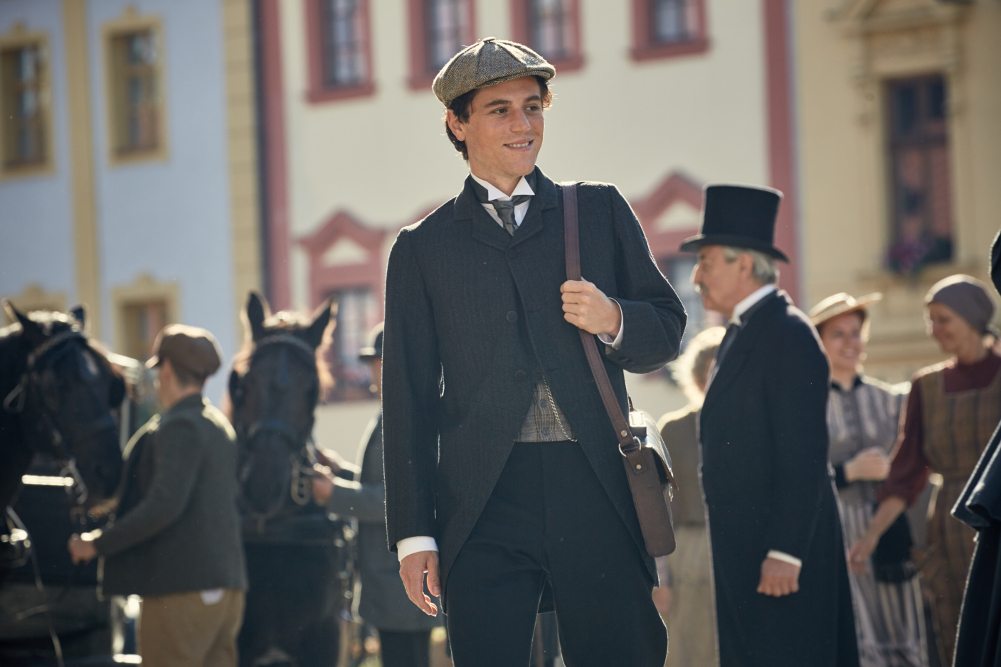 One of the most lauded advertisements of Super Bowl LI aired immediately after the halftime performance.  In it, a gentleman looks out the window of his study while playing Lady Gaga’s song “Bad Romance.”  It turns out to be Albert Einstein, who sticks out his tongue at the camera once he’s finished playing.  The screen then cuts to black, revealing an upcoming series called Genius airing on the National Geographic Channel.

Genius is a 10-part, fully scripted series chronicling the life of Dr. Einstein as never seen before (the first part airs tonight at 9 PM/8 CT).  I was at the world premiere in Los Angeles last night and had the opportunity to hear from executive directors Brian Grazer and Ron Howard before viewing the first episode.  Grazer noted that Einstein was the earliest modern example of disrupting the status quo and was thus the perfect subject to portray. 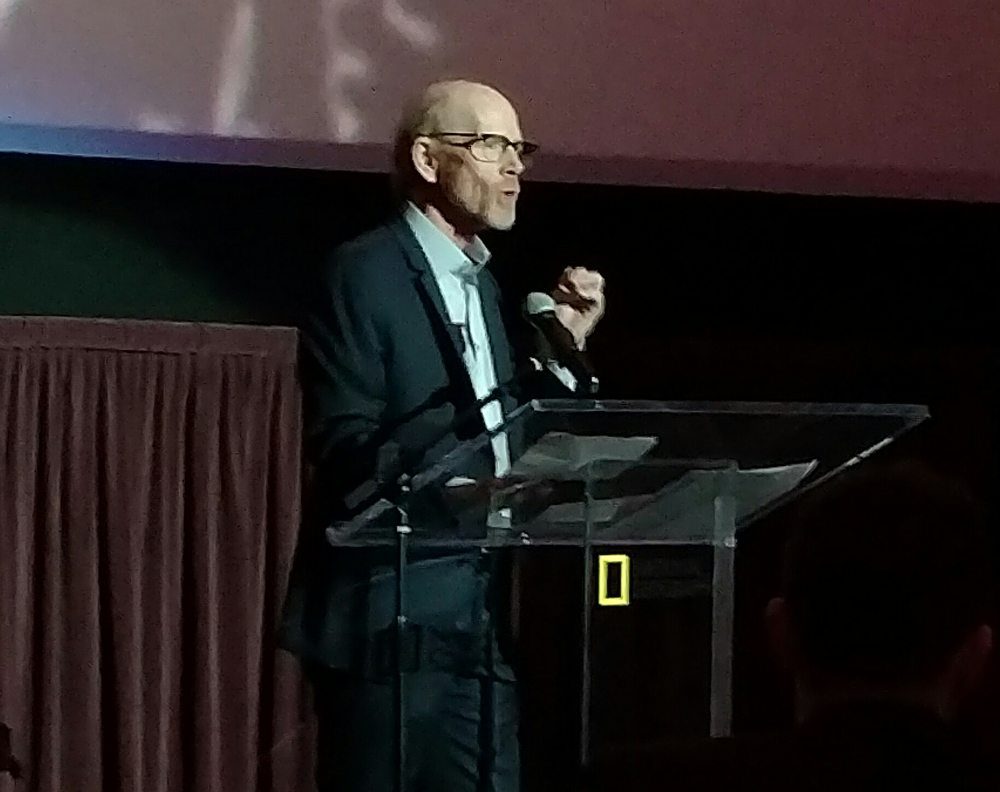 The series is based on the work Einstein: His Life and Universe, written by Walter Isaacson.  In the opening episode, broad strokes are painted as Howard intersperses the younger and elder versions of Einstein (played by Johnny Flynn and Academy Award-winner Geoffrey Rush, respectively).  The younger Einstein is a daydreaming free thinker who has an extremely difficult time with school in Munich due to the rote memorization of facts.  His disregard for the systems of the day put him at odds with his teachers and his father. After his parents move to Italy, Einstein stays with the Winteler family in Switzerland for a year before continuing his studies in Zurich (he failed his entrance exam the first time he took it, so there’s hope for the rest of us). 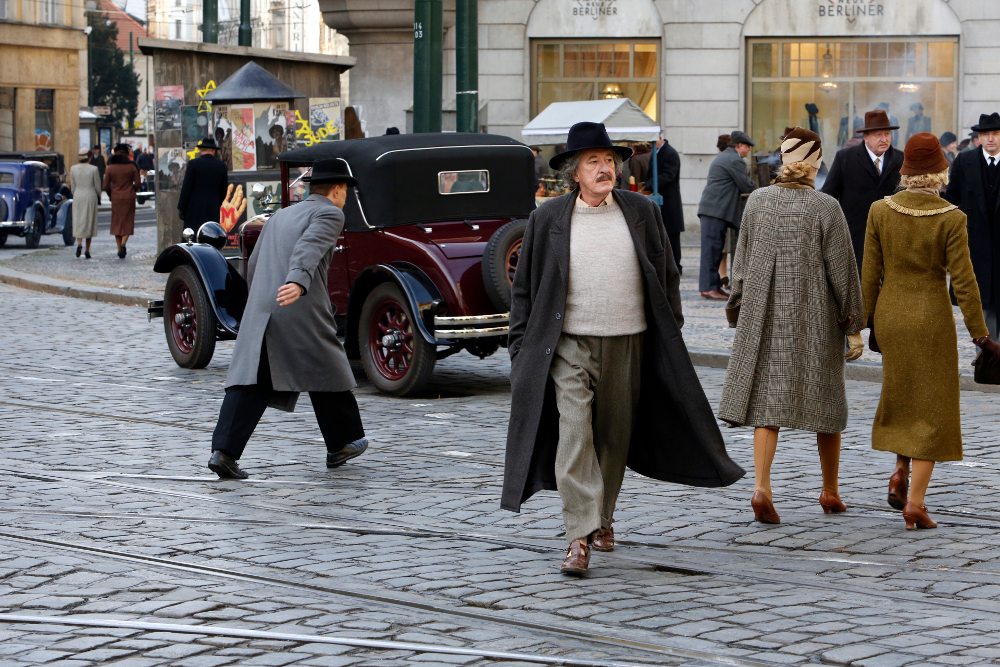 The older version of Einstein is wiser, yet extremely stubborn.  While at the University of Heidelberg, the SS begin to make their presence felt in German life.  For those of Jewish heritage, these days are difficult as people are beaten up, assaulted, and in some cases, assassinated. When Einstein is told his name is on a list to be killed, he steadfastly refuses to leave, much to the chagrin of his wife Elsa (Emily Watson).  It takes a series of events involving copies of Mein Kampf and a child’s request for an autograph to change his mind.  But it’s not easy leaving Germany, as the US Embassy wants to know more about his political leanings and refuses him asylum until he talks.

Einstein once said, “Falling in love is not at all the most stupid thing that people do—but gravitation cannot be held responsible for it.” To this end, he is shown to be incredibly smart, a bit reckless, and very attracted to women.  By the end of the first episode, Einstein has been involved with three—Marie Winteler (Shannon Tarbet), Elsa, and his secretary.  Upon his entrance to Zurich, he meets a fourth lady named Mileva Maric (Samantha Colley), who in later years will change Einstein’s life for the better—or worse. 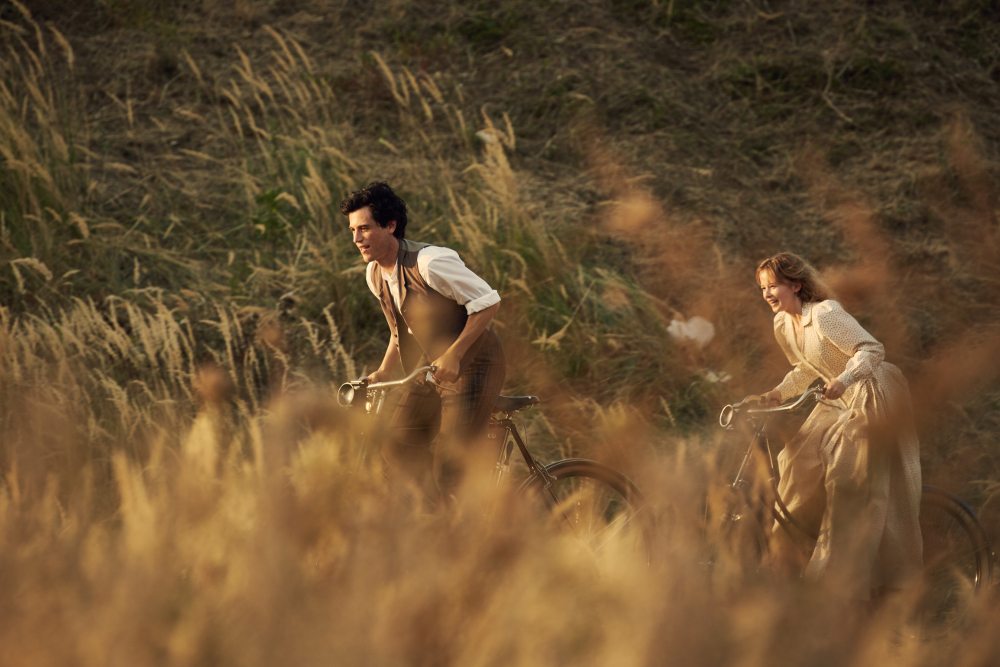 As for the first episode, I thought it was quite good.  The camerawork was exquisite, as can be expected with something coming from Ron Howard. The interspersed scenes were a bit jarring and didn’t quite work for me, but that may change since there are still nine episodes left.  I was impressed, however, at the level of detail given to the scenes—it helped to draw me into the story more. There is some CGI used for a few daydream sequences, but they’re used to good effect in explaining some rather difficult mathematical and scientific concepts. The episode is designed for mature audiences due to the romantic interludes and some graphic killings.

It was interesting to watch the struggle the elder Einstein had about leaving Heidelberg due to Hitler’s ascension in power.  After hearing news that his friend was assassinated for his common ancestry, he stayed put.  Even when informed that he was on an extermination list, he stayed.  Could he make a bigger difference for the world where he was? This reminds me of Esther in the Old Testament.  In an oft-quoted verse of Scripture, she was reminded and challenged by Mordecai, “For if you remain silent at this time, relief and deliverance will arise for the Jews from another place and you and your father’s house will perish. And who knows whether you have not attained royalty for such a time as this?” (Esther 4:14 NIV) As a result, she used her position of authority to save her people from extinction via the hands of Haman.  It’s always better to know your place and make a difference there than run away from the tasks God has planned for you to accomplish.