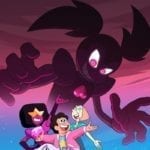 By Jason Thai Cartoon Networks hit show Steven Universe concluded it’s fifth and final season late spring this year and have now released a movie. Steven and crew after finally defeating the gems (high super powered alien beings that all are named by their gem type) decides to return back to Earth to live a… [Read More]