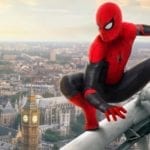 The post Endgame era of the Marvel Cinematic Universe is here. After the universe changing events of Avengers: Endgame, Marvel ushers its new era with their next solo star, Spider-Man, on his own is a multi-million dollar marketing machine. Ever since Tom Holland’s first appearance as Spidey/Peter in Captain America: Civil War, he has exemplified… [Read More]