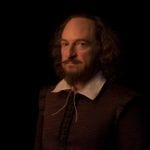 “It’s not Hamnet you mourn; it’s yourself.” Kenneth Branagh has always had an affinity for Shakespeare’s works. He has appeared in, written, and/or directed several screen adaptations of Shakespeare’s plays. Now, in All Is True, he portrays William Shakespeare in his years of retirement. To be sure, there is a great amount of conjecture in… [Read More]