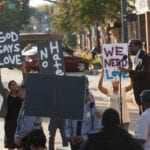 I recently had a chance to talk by phone with Andrew Heckler about his film Burden. The film recounts the story of a man (Mike Burden, played by Garrett Hedlund) who was heavily involved in the Ku Klux Klan. When he chose to leave the Klan, he was taken in by a black Baptist minister… [Read More] 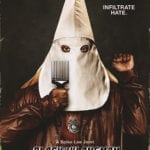 The film would be entertaining if all it did was reflect back on that time and see the battle against racism at that time. But the parallels with our own time are so strong that we can’t ignore them.