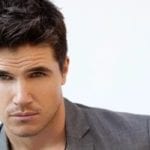 Code 8 transports the viewer to an alternate reality where superpowers are a reality amongst the people yet are considered potentially dangerous to others and have been outlawed by the government. When Conner (Robbie Amell) discovers that his mother is tragically ill, he turns to a group of criminals, led by Garrett (Stephen Amell) in order to… [Read More]