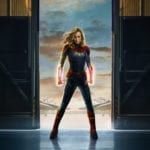 There’s a lot to be said about longevity. Over the last ten years, Marvel Studios has released twenty-three films. Halfway through, many talked about superhero fatigue and yet, they’re still a seventeen-billion-dollar juggernaut that has fans coming out in numbers for the next wave. As we drew closer to the much anticipated Avengers: Endgame, Marvel… [Read More]